Case study: What the Suez canal debacle can teach the business world about using alt data to analyze economic shifts in real-time

How one of the world’s most important canals got jammed

The Ever Given, a Taiwanese mega-container ship is a 400-meter long vessel, making it one of the world’s largest cargo ships. Weighing in at 200,000 tons, the carrier has a capacity for transporting up to 20,000 containers to Europe, from Southeast Asia via the Suez Canal (Est. 1869). This helps ‘freighters’, as they are known in the shipping industry to save both time and petrol by cutting directly through the Middle East, instead of adding an extra 7-days to their journey when having to circle The Cape of Good Hope.

On Tuesday morning, March the 23rd, at approximately 7:40 am, the Ever Given, which is roughly the size of the Empire State building, ran into trouble, including:

Leading to the ship getting lodged diagonally across the canal’s vital trade passage, and effectively bringing all cargo crossings to a standstill, until canal operators can figure out how to free this beast of steel.

What are the major financial implications

According to the BBC, the Suez Canal is a major international trade route, accounting for roughly:

This is one of the most expensive ‘traffic jams’ in memorable history leaving some 450 ships ‘delayed in-transit’, costing global trade an approximate $10 billion a week according to Allianz Insurance.

The main cause for these losses (and the sectors most affected) include:

Many companies affected by the supply chain disruptions were able to use alternative data sets to reduce the negative effects on their business. Those companies who did not make use of real-time data to maneuver the Suez Canal debacle will likely want to use this as a learning experience for the future. Here are some of the ways in which alternative data was put to work during this crisis:

Geospatial data pertains to objects or occurrences that have geographic coordinates here on earth. These may include:

The latter was used by companies transporting goods via the Suez Canal enabling them to reroute their cargo ships based on a live feed of geospatial data. According to a Wood Mackenzie source cited by The Wall Street Journal (WSJ), one Liquefied Natural Gas (LNG) exporter from the United States was able to leverage geospatial ship-tracking data in order to entirely avoid the Egyptian crossing. That corporate entity, currently wishing to remain anonymous, redrew their ship’s nautical journey while it was still in the North Atlantic, sending it around The Horn of Africa, saving them both time, and money while maintaining supply route consistency.

From a different standpoint, ‘Sumed’, or ‘Suez-Mediterranean’, a pipeline used for transporting oil from the Persian Gulf region to the Mediterranean, relied on alternative data to turn the blockage into a business opportunity. Collecting satellite, and ship freight data, as well as information regarding the cost of rerouting oil ships around Africa, enabling them to proposition supertankers with an alternative – using the pipeline to pump oil. And though this is a more costly option, it would help companies avoid delayed deliveries, as well as defaulting on supply contracts.

Having 1/10 of the world’s sea-transported oil flow through its waters, oil traders, manufacturers, and financiers kept their eyes peeled on gas-crucial datasets. The Brent International Oil Benchmark used to set the price of two-thirds of the world’s internationally traded crude oil supplies, for example, was down a mere 4%. This was due in large part to crude inventory buildup during the pandemic. Interested parties collected alternative data points:

The Suez Canal is also a key artery for the transfer of petro-chemicals crucial to the production process. This includes lubricants that have a petroleum-based manufacturing process (explaining the etymology of ‘Petroleum Jelly’), and Naphta, which is a liquid hydrocarbon used in many modern production plants across East Asia. Seeing as Naphta is a crucial component in the production of plastics from phone cases to car body parts and that roughly 400,000 barrels pass through Suez daily, manufacturers were/are keeping a close eye on pertinent data:

Having access to a live feed of alternative data during the Suez Canal shipping crisis was very beneficial for those companies who had the foresight to streamline their data collection efforts in advance. This enabled corporations to avert tragedy, minimize damages, and even created some unique monetization opportunities. Businesses that did not have that foresight were hit hardest.

What side of the fence will your company be on when the next unforeseen global event unravels? 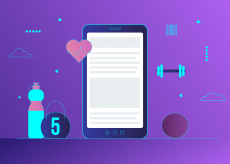 Fitness apps, wearables, and ‘health tracking as a business model’ companies are leveraging data to maintain and build stamina 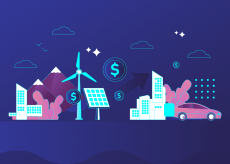 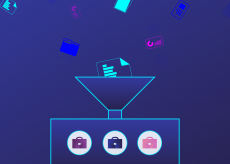