HomePostsAlt data 101Analysis: What the UK moving away from GDPR could do to stimulate growth in Britain’s digital economy
Alt data 101

Analysis: What the UK moving away from GDPR could do to stimulate growth in Britain’s digital economy

Hint: As a major tech powerhouse, Britain has little to lose from fostering new Chinese, and American data-sharing partnerships. These will likely lead to hyper-growth in eCom, and digital marketing in a post-Covid digital economy

Is Britain really distancing itself from GDPR?

As Britain leaves the orbit of the EU with its infamous ‘Brexit’, there is much talk about the U.K. exiting Europe’s 2018 General Data Protection Regulation (GDPR). But in actuality Britain, who was one of the major driving forces behind GDPR legislation has actually mirrored its most important tenets in commonwealth law. The European Union has provisionally accepted these data collection laws as ‘adequate’ meaning that British data legislation currently lives up to European standards, an assessment that will allow data to continue to flow bilaterally.

So what changes is the U.K. looking to make as far as its data policies in order to stimulate growth?

Oliver Dowden, conservative party member, and Secretary of State for Digital, Culture, Media, and Sports, has asserted that:

“In our rule making, we can take a slightly less European approach as set out in GDPR by focusing more on the outcomes that we want to have, and less on the burdens of the rules imposed on individual businesses”.

This means that, counter to common belief, Britain is actually looking to ‘uphold GDPR adequacy’, while simultaneously looking for ways to help businesses grow with data legislation, instead of being stifled by it.

As in many aspects, the EU is in no real hurry to make real progress in terms of deals with countries outside the block, something Britain has signaled it is keen on changing.

“I’m seeking to set out where we are going to go with data now that we have left the European Union and are not subject to EU jurisdiction.”, Dowden has stated.

One of the key issues is the EU’s concerns about its citizens’ data falling into foreign hands should Britain form ‘not-strict-enough’ data sharing deals with non-European countries.

Most analysts however, consider it to be extremely unlikely that the Commonwealth’s Information Commissioner’s Office would put its relationship with its largest trade partner (the EU) at risk.

The EU is protective of its citizens’ data to an extreme, whereas other countries such as the US, and China have differing approaches. China’s data is largely state controlled, for example, while in the US data deposits, and policy is heavily influenced by big tech.

No clear indication has been given about the concrete actions Britain plans on taking in this context but it can be surmised that in order to drive transcontinental growth, data sharing policies will need to evolve (more on this in a bit).

How could this influence a post-Brexit, post-Covid business environment?

The British economy always has been, and will likely continue to be the powerhouse of Europe. Yes, Brexit and Covid have shaken up the economy, but positive financial indications are already on the horizon. The tech industry, for example, is booming, with 116,00+ open job positions, up from 85,000 vacancies in January, at the height of the pandemic.

But in order to attain real post-pandemic growth, Dowden is adamant that ‘digital, and tech [need to be] absolutely at the forefront‘.

As part of its ‘national exit strategy’, Britain will be using revised international data sharing deals, and technology in order to drive economic recovery, and growth post-pandemic.

This will most likely mean more lenient data sharing, and usage policies which will help promote international projects, investments, and collaborations. Key growth sectors may include:

As things currently stand, the UK can, and will continue to engage in massive digital trade, and collaboration with the EU. A real threat of Britain deviating from GDPR legislation is highly unlikely as the rest of Europe is highly dependent on English innovation. The latter has fostered a third of Europe’s technology unicorns,  and has more Artificial Intelligence startups than France, and Germany combined. Closing off Europe to the knowledge, talent, and technology found in Britain would put a serious strain on Europe’s digital economy, and post-Covid economic resurgence. Going forward, keep an eye on the UK as a digital giant that may soon evolve into an international player in the field of data, unrestrained by European bureaucracy. 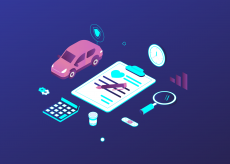 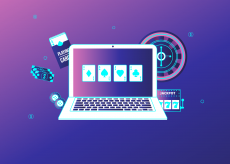 The unlikely data points that are driving corporate competitive intelligence